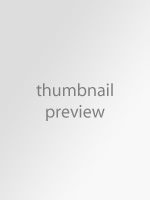 Teaching and learning primary languages can be easy and fun with Learning Languages Through Fairy Tales, whether you are an experienced linguist, have limited language skills or even negative memories of your own language learning

Learning Languages Through Fairy Tales contains two fairy tales each translated four times to offer you a language course in:

The use of familiar fairy tales – Goldilocks and the Three Bears and The Three Billy Goats Gruff – helps children’s understanding of language. By following the pictures in these widely recognisable stories, and through repetition, your pupils can easily follow and begin to interpret the language.

Learning Languages Through Fairy Tales will enable you to:

Based on award-winning research Based on research undertaken by the languages team at the Northumberland Grid for Learning, Learning Languages Through Fairy Tales uses an investigative approach to take advantage of young childrens’ sophisticated capacity for learning language, enabling them to use their ‘language acquisition phase’ to its full potential. When teaching language in this way you will notice that your pupils possess enormous capacity easily to acquire new language learning skills. The research, winning the CILT European Award for Languages in 2007, found that the broader and richer the language experience provided in the primary classroom, the more likely children are to learn. Stories offer a whole imaginary world, created by language and images that children can enter and enjoy. Fairy tales are familiar territory to young learners and this familiarity opens the door to language learning.

Pupils bring with them prior knowledge of the story, meaning that they better understand the activities set within the lesson. Learning a new language is made easy in the following ways:

Learning Languages Through Fairy Tales uses an investigative approach to language learning in which teacher and pupil embark together on a journey in search of meaning. There is no expert in this investigation but rather a skilled facilitator. Each of the fairy tales is supported by a series of group activities that help children access the text, construct meaning and develop their own narrative language. The activities work well in each language and build a sound foundation of knowledge about language and language learning strategies.

Storyboarding – for children to use the skills of sequencing and deduction to find the main nouns in the story. The visual images provide a clear association which aids memory retention.

Classifying – by looking for similarities and differences within the words used in the story pupils are made aware of unfamiliar concepts such as gender or sound patterns.

Visual Map from Memory – this develops memory and recall skills along with an ability to work in a team. The activity introduces adjectives and the effect that different nouns can have on them.

Auditory Map from Memory – Auditory Memory Maps are a fun and engaging exploration of sound and its relationship to the written word. The nature of the activity gives children no option but to communicate with each other using the sounds they have heard and their challenge is to find the words that match those sounds.

Fortune Line – the Fortune Line is a simple tool that helps children engage emotionally with a story. From a language perspective they are recognising and sequencing text as well as identifying words in the foreign language that are acting as an emotional trigger.

Kim’s Game – games help children to recognise that there are a variety of different techniques that can be used to enhance memory and give them an opportunity to try them out.

Odd One Out – asking children to pick the ‘odd one out’ from a set of words in another language encourages them to think about the characteristics of words and what they represent. They start to note similarities and differences, and in articulating these they begin to build a language that talks about language.

Dominoes – a game familiar to many children. Playing it in another language helps children to recognise and retain new language in a non-threatening way.

Pass the Parcel – teaches children how to sequence words in a sentence and how word order can affect meaning within a sentence.

Snakes and Ladders – the familiar context of this dice game gives children an opportunity to consolidate their learning from the stories. It helps transference as they have to think of the target language words outside the familiarity of the story.

Action Charades – uses drama techniques to enhance listening and speaking skills. Initially children use mime and gesture to show their understanding of phrases related to the story. The language of the story, which until now has been a vehicle for understanding the story, has become a tool for conveying meaning and creating scenes for new stories.

Happy Families – another familiar game that enables children to practise simple, repetitive questioning techniques using the characters of the story as a stimulus.

Narrative Format – the Narrative Format activity recreates the imaginary world of the story and invites children to enter it. Only the target language is spoken here and the repetitive nature of the format helps children build up and retain spontaneous narrative language.

Learning Languages Through Fairy Tales will be published soon – pre-order your copy now!

Learning Languages Through Fairy Tales
Next Post: The challenge of modern foreign languages »