Spanning the genres of fantasy, thriller, romance, adventure, and more, these 23 books feature relatable, diverse characters that will resonate with fifteen and sixteen-year-olds.

A bullied girl hides in her school bathroom as zombies take over; an online romance takes a shocking turn; and neighborhood friends enact vigilante justice in this collection of suspense, horror, and psychological thriller stories.

When Maria joins the Diablos gang, she falls deep into a world of crime, drugs, and violence. Can she get out before it kills her?

3. The Taste of Rain by Monique Polak 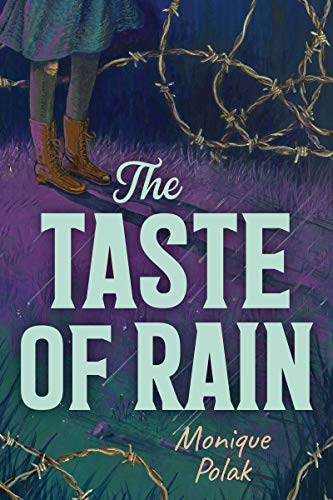 Set in China in 1945, 13-year-old Gwen is being held prisoner in an internment camp. Led by a caring teacher, she and her classmates try to keep hope, dignity, and kindness alive.

Five months into his prison sentence at Rikers Island, Martin gets slashed in a prison fight. He gets sent to the prison wing where inmates must attend high school. Is this his chance to turn his life around?

5. On The Come Up by Angie Thomas

Sixteen-year-old Bri is determined to become a rap legend. But when she gets her first taste of fame, it's not as sweet as she thought it would be.

6. The Rest Of Us Just Live Here by Patrick Ness

It may be the end of the world, but Mikey just wants to go to prom, graduate from high school and ask out his crush. Part science-fiction, part satire, this story looks at the 'normal' kids who aren't called to world-changing greatness.

College freshman Georgia has never been in love. In fact, she's never even been in like. She embarks on a quest to see if romance is possible for her, and learns valuable lessons about love and self-acceptance.

8. Children of Blood and Bone by Tomi Adeyemi

Weaving together fantasy, mythology, and West African culture, this story follows Zélie, a girl determined to restore the magic and power of her people in the kingdom of Orïsha.

9. The Cruel  Prince by Holly Black

In this mythical world where faeries rule, seventeen-year-old Jude is a mortal, caught in a vicious web of lies, deception, and war. Can she save herself and her sisters before it's too late?

Sixteen-year-old Samantha is keeping her mental health and OCD struggles a secret from her friends. When she meets Caroline, she discovers she may have been keeping even more parts of herself hidden.

11. A Good Girl's Guide To Murder by Holly Jackson

High school senior Pip investigates a murder case in her town. As she follows the trail of clues, she learns that someone really doesn't want her to discover the truth.

Five high school students walk into detention but one never comes out. The victim was the boy behind the school's popular gossip app. Could his death be connected to secrets he was about to spill?

13. Shatter Me by Tahereh Mafi

In this dystopian thriller, Juliette is cursed with the power to kill anyone with just one touch. Or is it a gift?

Sixteen-year-old Starr's world is shattered when her friend is killed right before her eyes. When his death becomes national news, Starr discovers that she has a voice more powerful than she'd imagined.

Fourteen-year-old Caden, brilliant but troubled, descends into schizophrenia on a voyage to the bottom of the Earth.

16. We Contain Multitudes by Sarah Henstra 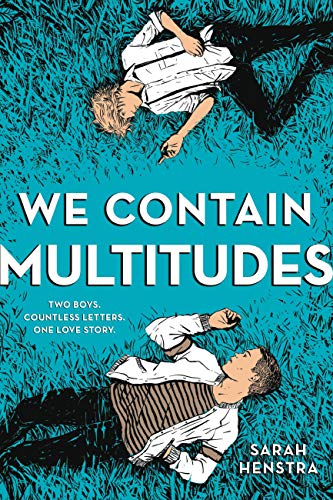 Jonathan and Adam are partnered in English class for a pen pal assignment. As they write weekly letters to each other, their relationship deepens, but can it survive homophobia, bullying, and family secrets?

17. This Poison Heart by Kalynn Bayron

Bri possesses a gift -- she can grow plants from seeds with just one touch. When she inherits a house on a rural estate, she unearths generations of secrets surrounding her gift.

Camila is a rising soccer star in her hometown of Rosario in Argentina but keeps this a secret from her strict parents. When her team qualifies for a major South American tournament, she has to make a tough decision.

19. Tokyo Ever After by Emiko Jean 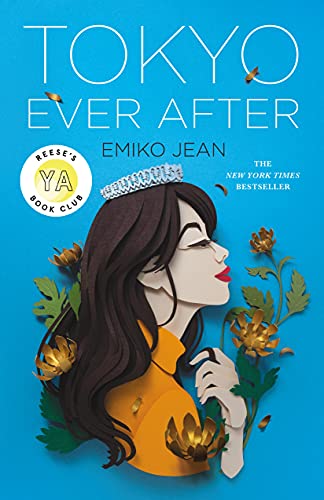 Izumi is a Japanese-American girl in a small, mostly white California town. Raised by her single mother, her quiet life is turned upside down when she discovers that her biological father is actually the Crown Prince of Japan.

Cousins Milly, Aubrey, and Jonah receive an invitation from their wealthy, estranged grandmother to work at her island resort for the summer, where they discover the secrets of their family's past.

The lives of eight different girls are disrupted when their classmates release a list of the most and least attractive girls in each grade.

Jessie's father has remarried and moved them across the country to Los Angeles. Struggling to fit into her new school, she gets a mysterious email offering to help. Can she trust this mystery friend?

23. The Electric Kingdom by David Arnold

A deadly flu has destroyed the world. Among the survivors are eighteen-year-old Nico and her dog, who set out on a voyage planned by her father to a mythical portal.