Getting teenagers interested in literature isn't always an easy task, but it certainly isn't impossible! Thanks to the rise in audiobooks, teens can enjoy everything from classic literature to new stories from their mobile devices. This means that listening to books is possible anytime and anywhere, which is perfect for the busy teen lifestyle. While long-form books might seem like a thing of the past, the audio format keeps them relevant and accessible, even for teens who are too cool for school.

Here are 25 of the best audiobooks that teens won't be able to resist!

This story set during the American Civil War strikes on themes and feelings that are still relevant to high school students today. Plus, it's a short read that serves as a solid introduction to 19th-century dialogue and vocabulary.

bThis is one of the top coming-of-age stories from Dickens and it touches heavily on the teen experience. The classic story is full of captivating ups and downs, and the poetic descriptions are immersive when read aloud.

3. Pride and Prejudice by Jane Austen

This classic love story has been told and re-told ever since it was first written. Teens will get wrapped up in the narrative told from the perspective of the female protagonist, and they're sure to see themselves somewhere in the array of characters.

4. The Catcher in the Rye by J.D. Salinger 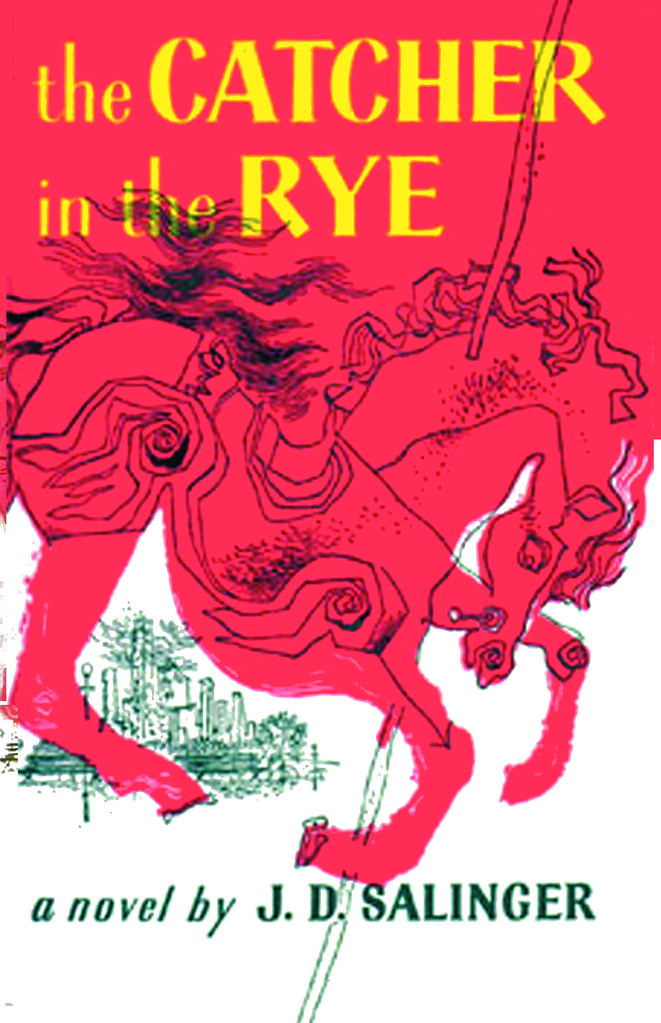 This is the premiere bildungsroman, and it takes the reader through a whirlwind of exciting adventures. Teens can explore and find themselves alongside the narrator in this classic story as he tours them through his own thoughts and experiences. 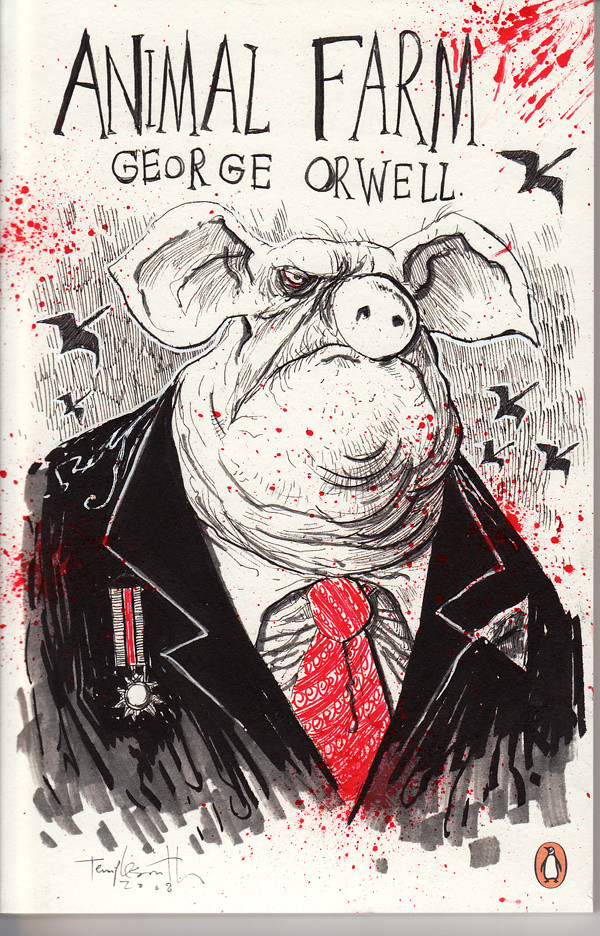 The layers of this allegorical tale will get teens thinking about themselves, the others around them, their daily life, and the society that we all share. Even though the main characters are farm animals, the messages are meant for humanity.

The found-document format and shifting narrators of this novel make it perfect in audiobook format. Plus, the suspense and horror of the story really come to life when it's read aloud, ghost-story style!

7. The Count of Monte Cristo by Alexandre Dumas This is the ultimate revenge novel, and it takes readers through adolescence (with all of its highs and lows) to the old age of the protagonist. There's adventure and action in every chapter, so teens will be interested the whole way through.

Sci-Fi and Fantasy Audiobooks for Teens 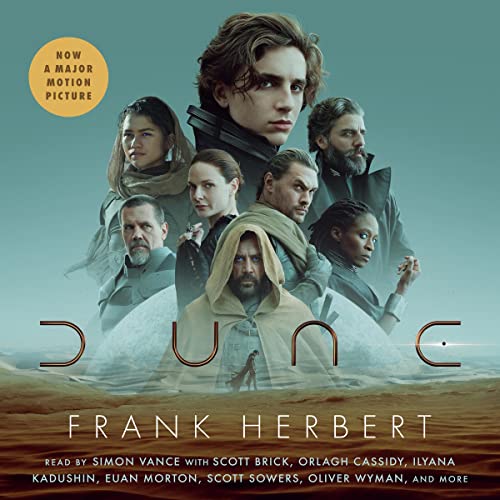 This is a sci-fi classic that laid the foundation for a lot of what we see in pop culture nowadays. The story follows a teen protagonist who must navigate new lands and cultures to save his family and throne.

9. The Princess Bride by William Goldman 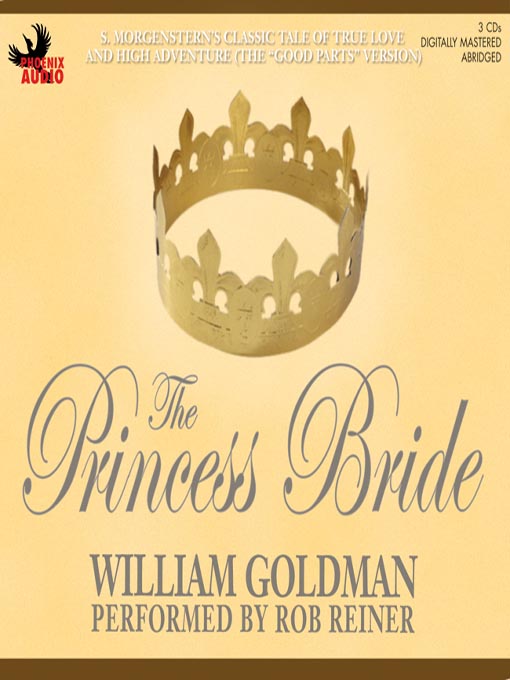 This audiobook is a romantic comedy and action novel all in one! It's written from a quirky perspective, and the larger-than-life characters and fantasy plot will suck teens right into a magical adventure.

Most teens have read the Hunger Game books already, but its award-winning audiobook version brings a whole new level to the story. These popular books for teens come alive with the spoken narration, and it's an exciting listen even for those who already know how the story ends. 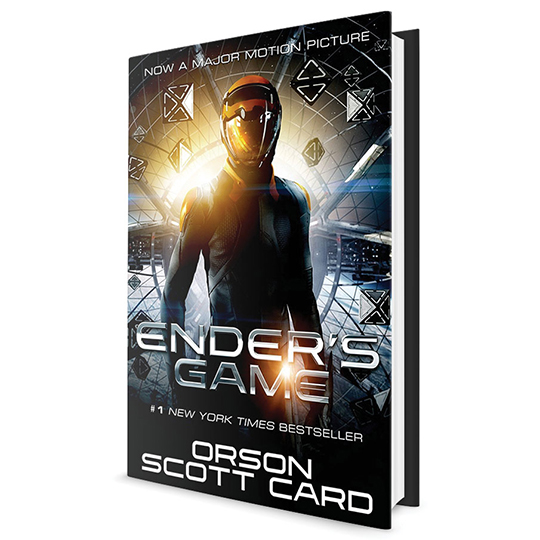 12. The Parable of the Sower by Octavia E. Butler

This audiobook takes teens through the world of the near future, where class struggle has divided society. The protagonist speaks with a strong voice that can inspire teens to embrace and flourish in the face of change. This trilogy is great for young teens who enjoy Harry Potter and similar fantasy worlds. It follows the story of two kids from different worlds who must join together to defeat evil forces and save both of their realities.

Audiobooks about the Teen Experience

14. The Hate U Give by Angie Thomas 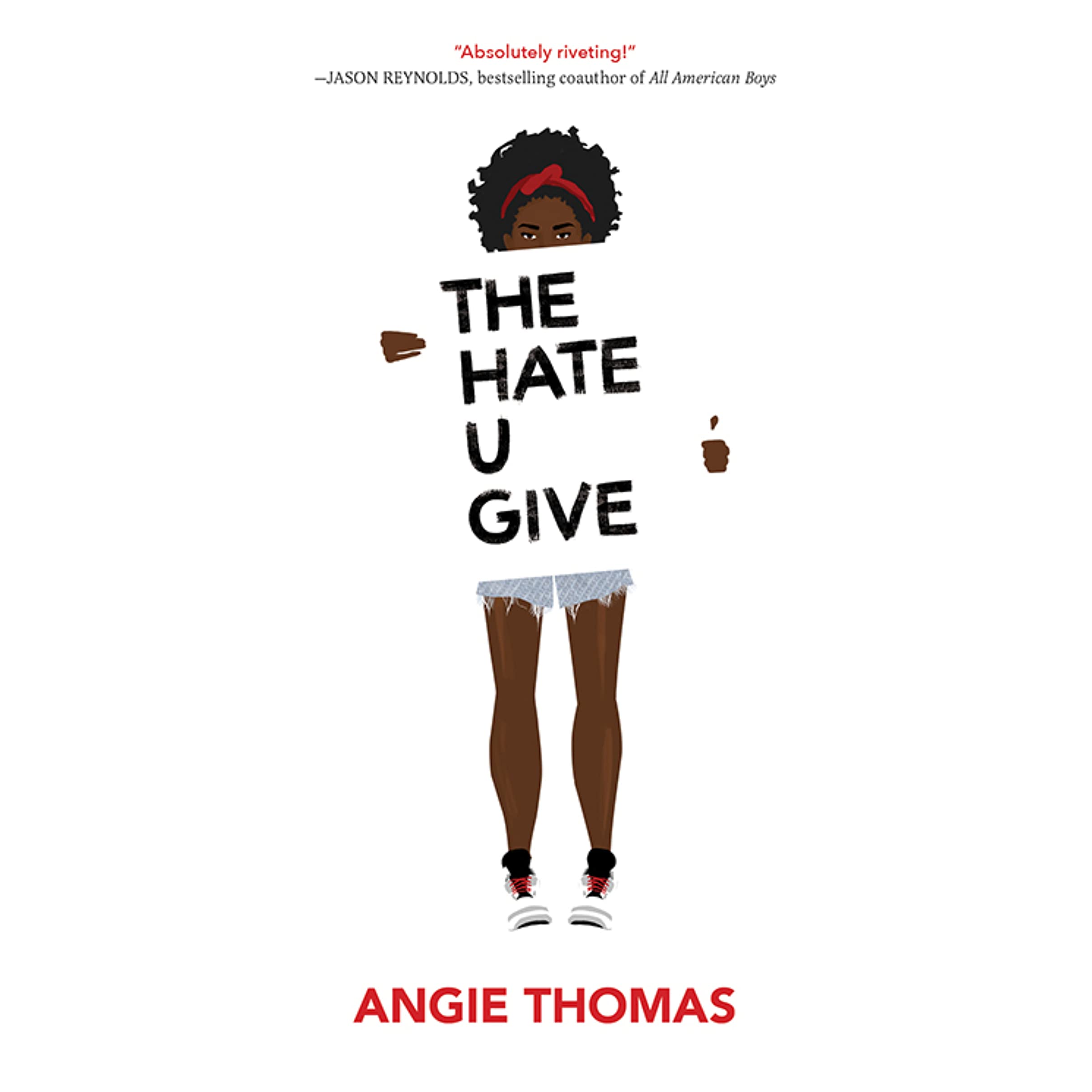 This award-winning audiobook follows the story of a fatal shooting by a police officer, this novel brings teens right into the center of the emotional and political turmoil of current events. It sheds light and perspective on the big issues that teens struggle with.

15. Darius the Great Is Not Okay by Adib Khorram 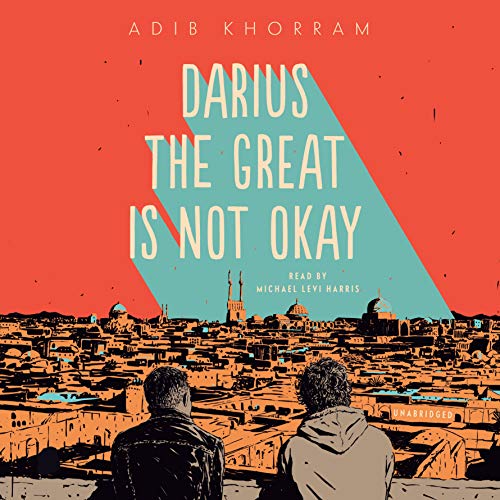 This coming-of-age story explores what it's like to live disparate lives in two different cultures. It's partly romantic comedy and partly social commentary, but it's relatable on a very foundational level.

16. It's Kind of a Funny Story by Ned Vizzini 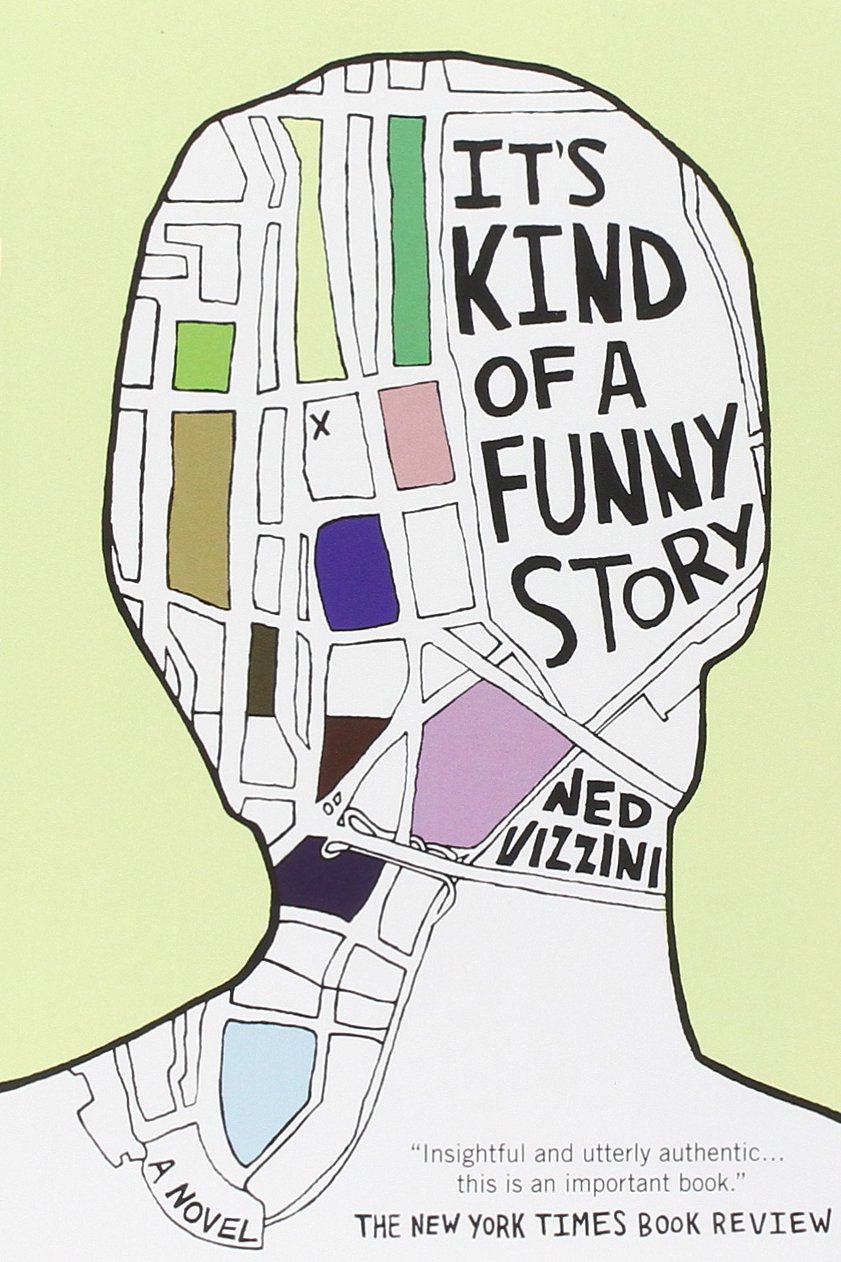 This novel from a best-selling author looks at issues surrounding mental illness and the contemporary teen experience. It is a look at the disparate lives of people who face stigma or confusion when it comes to mental health, which makes it a great tool for opening the topic up to teens.

17. I Am Not Your Perfect Mexican Daughter by Erika L. Sánchez

This novel speaks directly to the pressure that many teens face in their daily life. It takes the reader through everything "normal," like a secret crush or a day at school. But it also sheds light on the looming pressure beneath the surface.

18. Yes No Maybe So by Beck Albertalli and Aisha Saeed 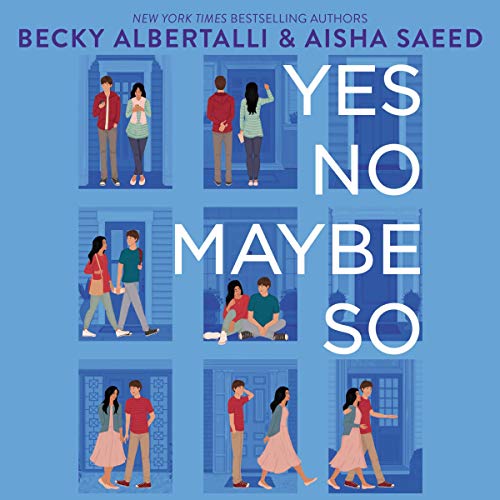 This book is a teen romance that features characters in hot pursuit of justice and change in their community. It's a nice story that can inspire teens to make a difference in the world around them. 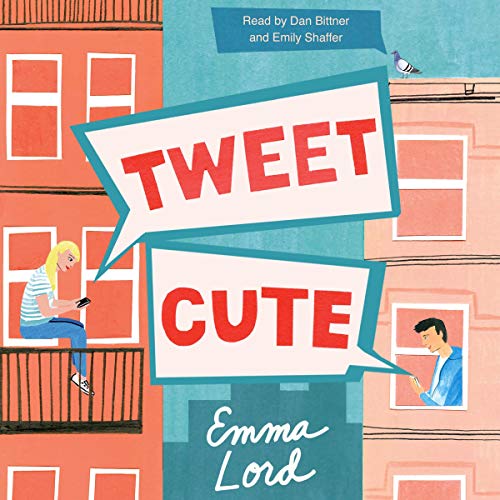 This is one of the best books for teens who seem to spend their whole lives online. It features a romantic comedy centered on Twitter, and it's a very contemporary look at growing up in the digital age.

20. I Am Malala: The Girl Who Stood Up for Education and Was Shot by the Taliban by Malala Yousafzai with Christina Lamb

The amazing book and its award-winning audiobook tell the true story of Malala, a young woman in Afghanistan who stood up to power and inspired the world. The first-person narrative of a best-selling author is compelling.

21. Bomb: The Race to Build--and Steal--the World's Most Dangerous Weapon by Steve Sheinkin 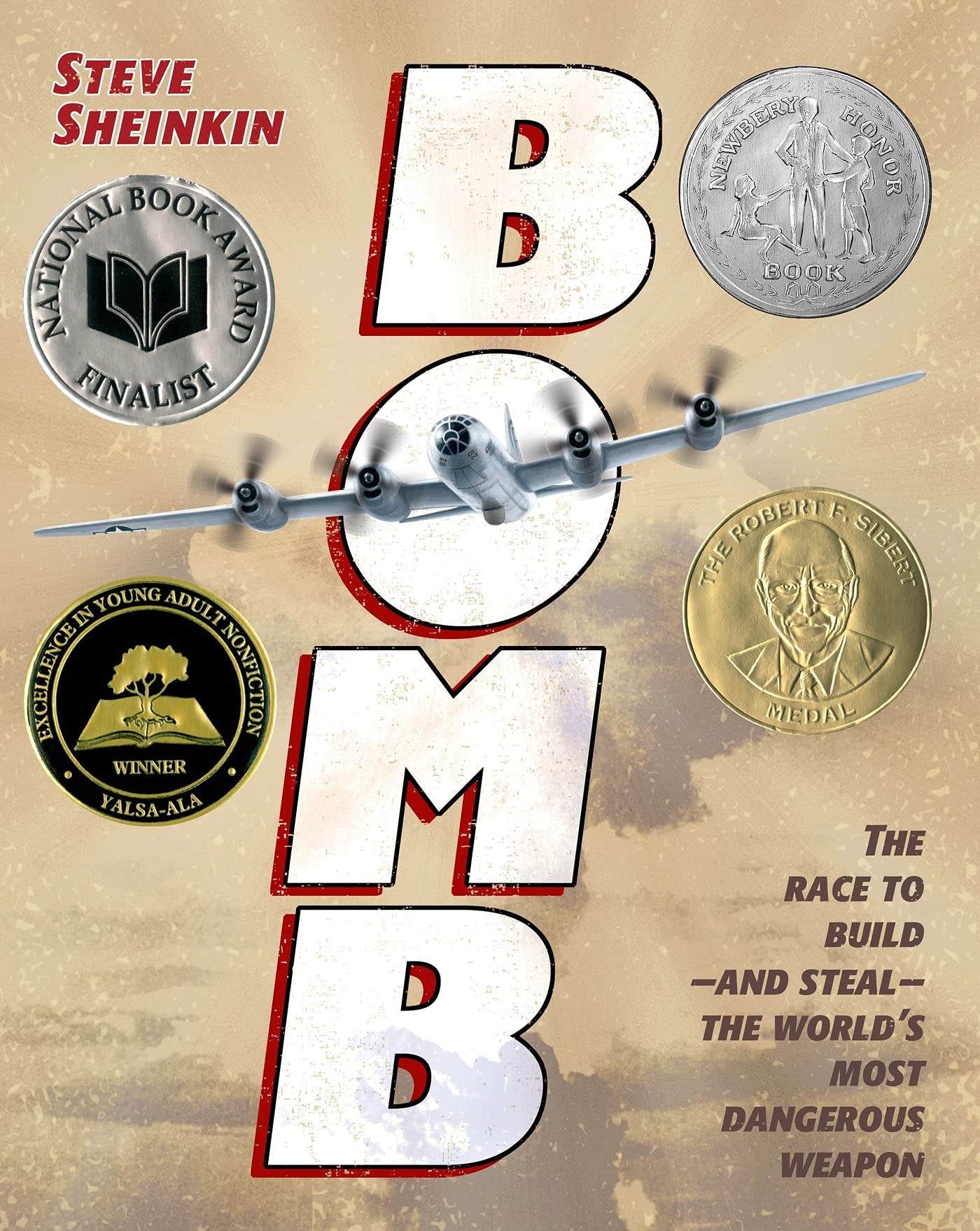 Take your audio-savvy school to the next level with this excellent book about history. It's an exciting story that takes any day of school from boring to interesting with the press of a button.

22. The 57 Bus: A True Story of Two Teenagers and the Crime That Changed Their Lives by Dashka Slater 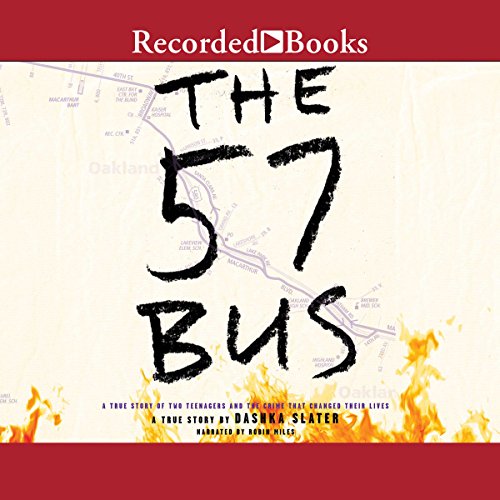 This is a larger-than-life true story from a best-selling author that dives into the space where crime in the real world and the internet intersect. It's an exciting story with lots of insights into the world today.

23. What If? Serious Scientific Answers to Absurd Hypothetical Questions by Randall Munroe 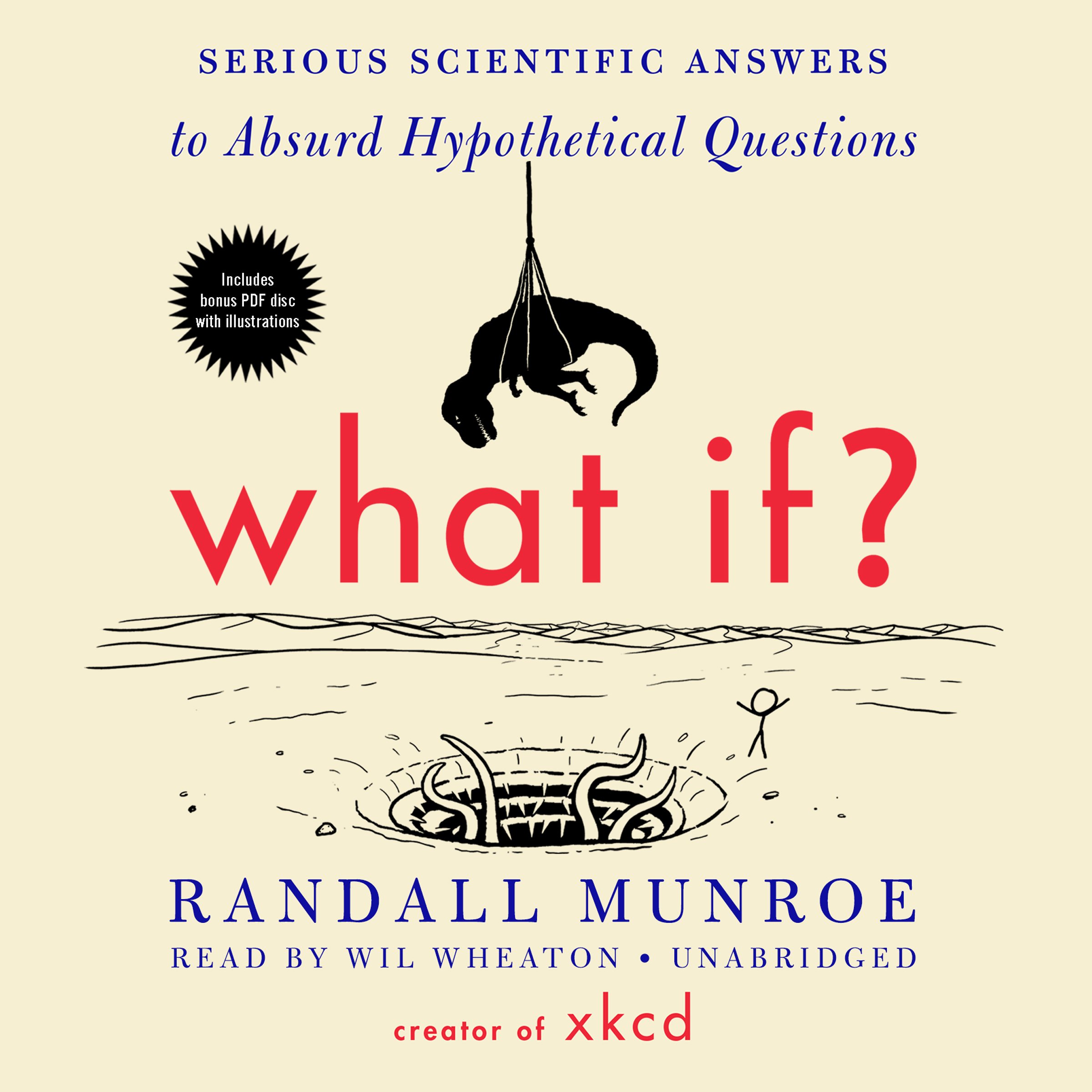 This debut from author and comic creator Randall Munroe is an informative read. It will answer all of those strange questions that you're just too shy to Google, and it presents the information in a fun and engaging way.

24. Courage Has No Color, The True Story of the Triple Nickles by Tanya Lee Stone 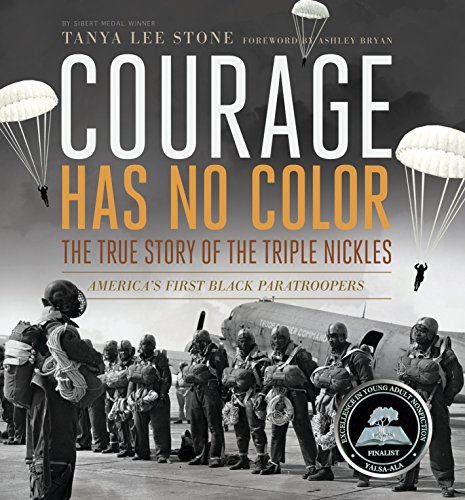 This exciting World War 2 audiobook debut explains the captive life of Black paratroopers. It is a great addition to the history curriculum of any audio-savvy school, and it will keep teens interested in their social studies.

25. Girl Code: Gaming, Going Viral, and Getting It Done by Andrea Gonzalez and Sophie Houser 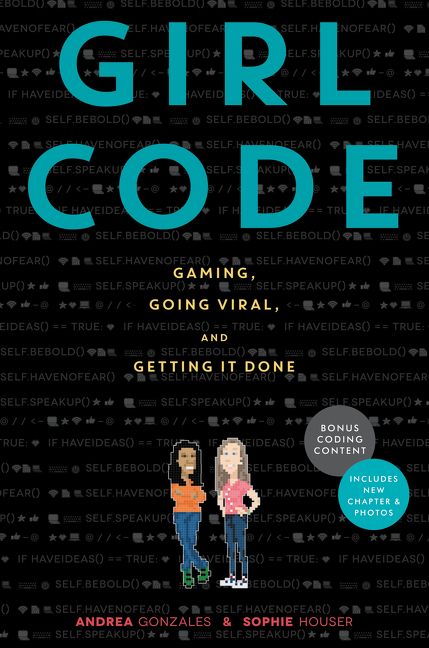 This debut from authors Andrea Gonzalez and Sophie Houser became their first audiobook debut as well. It explores how to become successful in the digital world by leveraging important skills along the way.