20 History Jokes to Give Kids the Giggles

History isn't always boring! These jokes about things in the past will get you giggling! Check out these jokes that are great for history fans of all ages!  Spanning across the ages, these jokes come from different areas and time periods but are sure to get a chuckle from history enthusiasts!

1. What did they do at the Boston Tea Party? 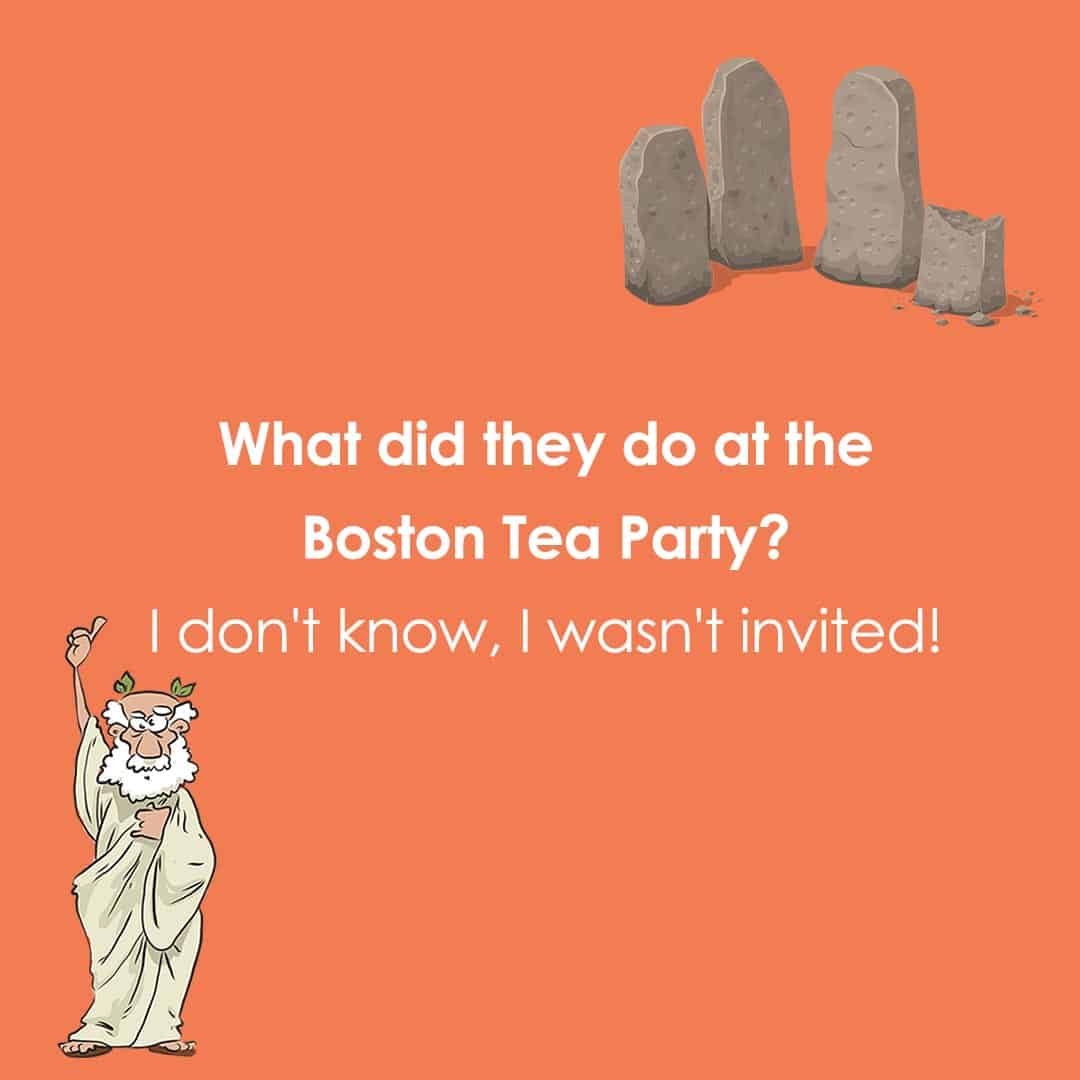 I don't know, I wasn't invited!

2. Why is England the wettest country? 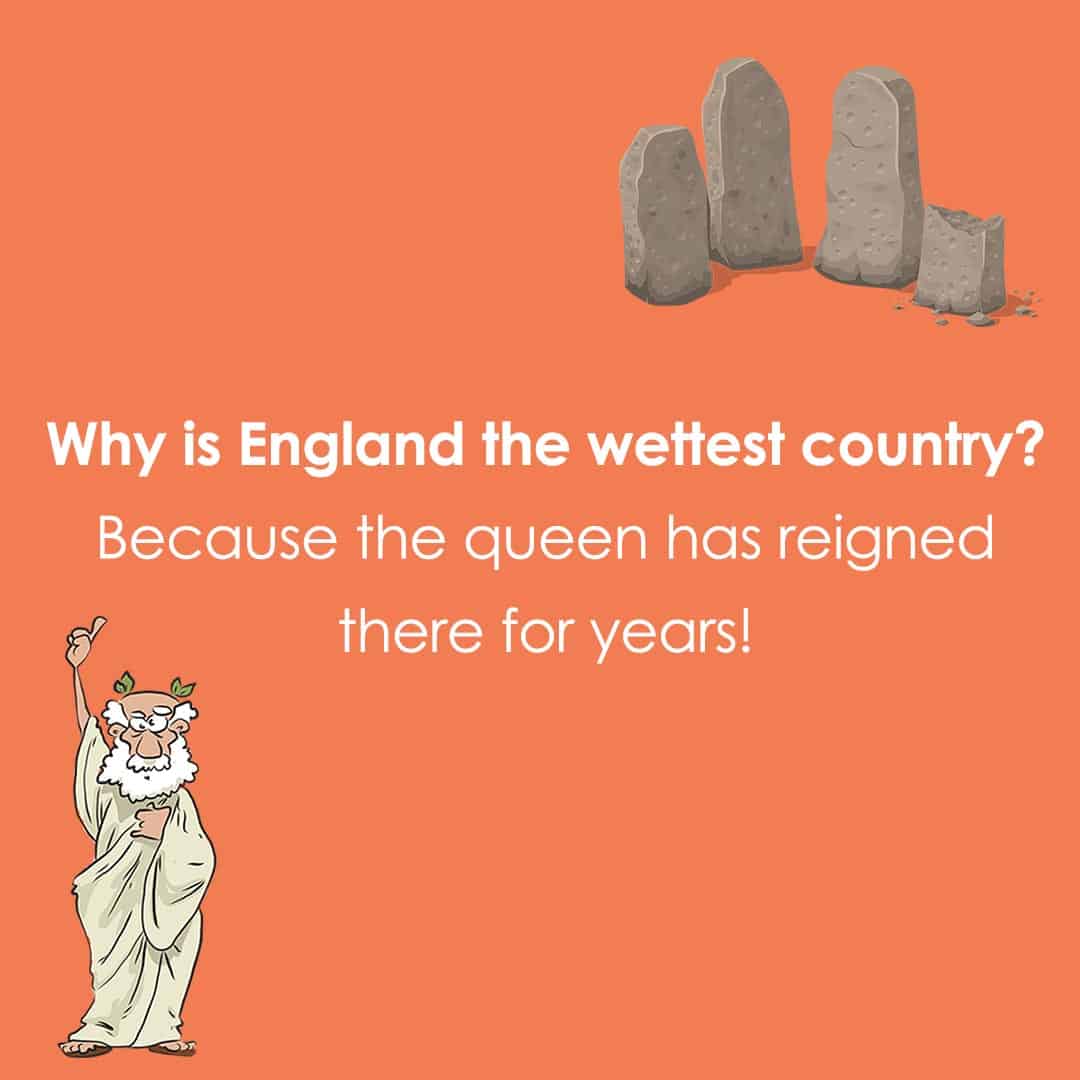 Because the queen has reigned there for years!

3. Why did the pioneers cross the country in covered wagons?

Because they didn't want to wait 40 years for a train!

4. When a knight was killed in battle, what sign did they put on his grave? 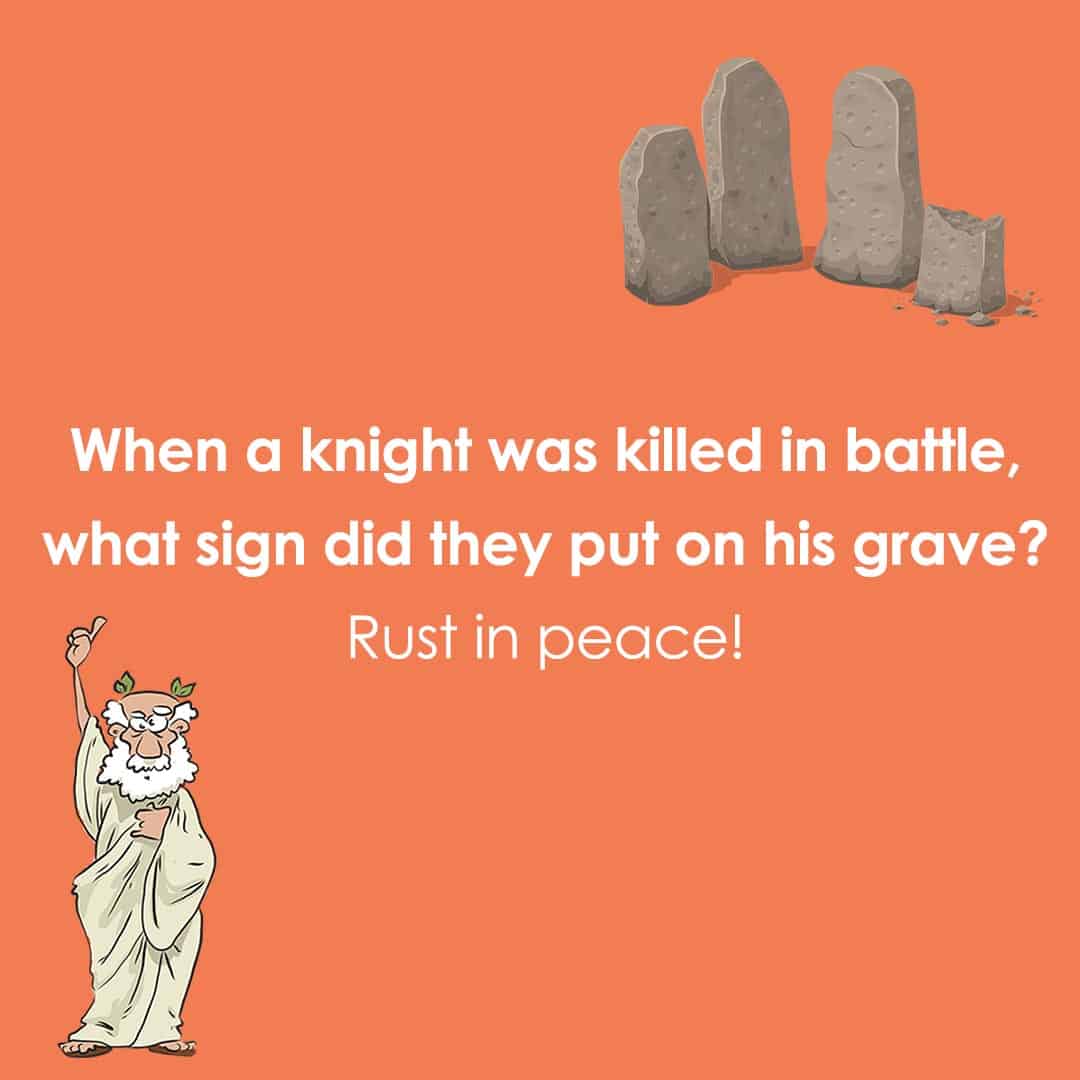 5. Where did George Washington buy his hatchet? 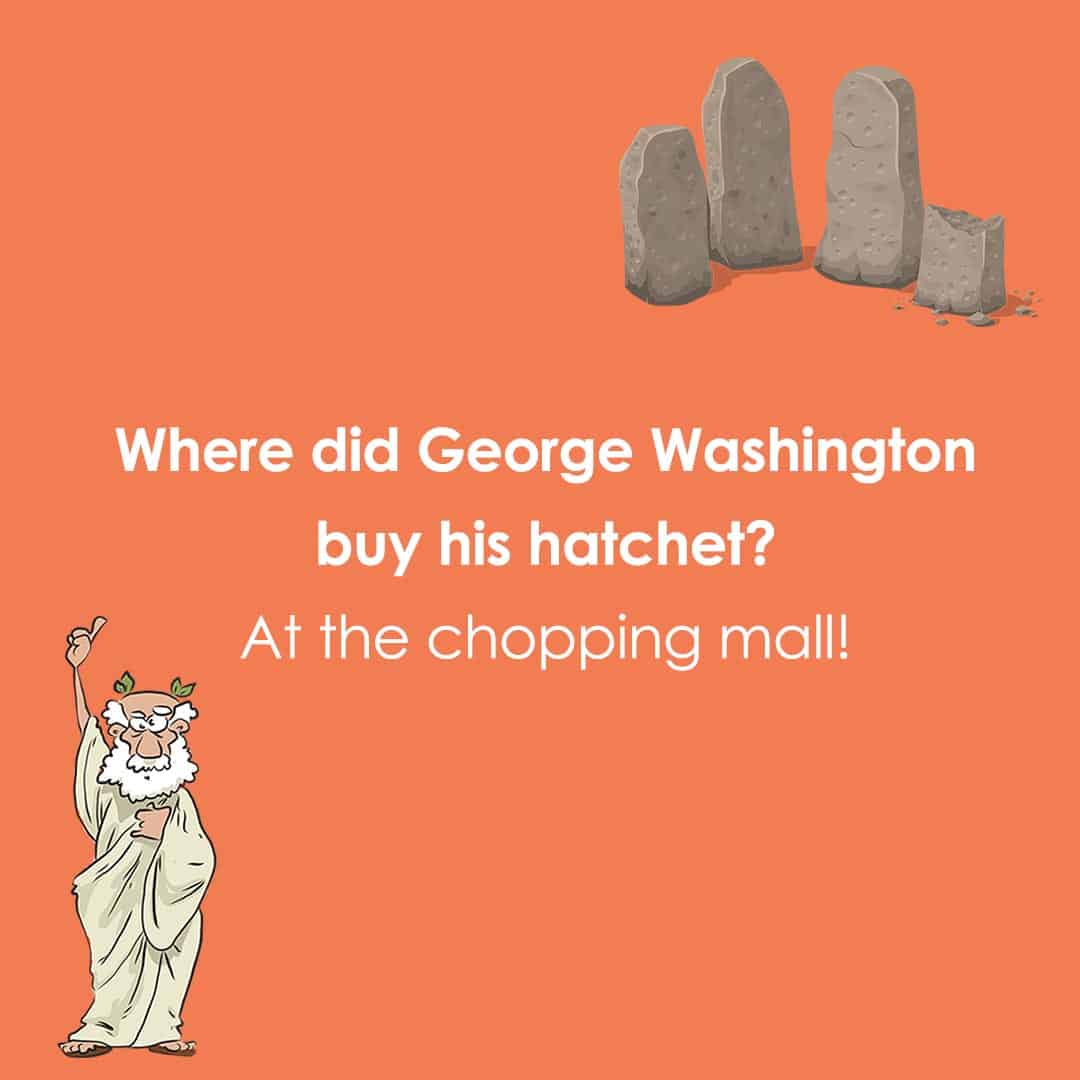 At the chopping mall!

6. Why did the British cross the Atlantic? 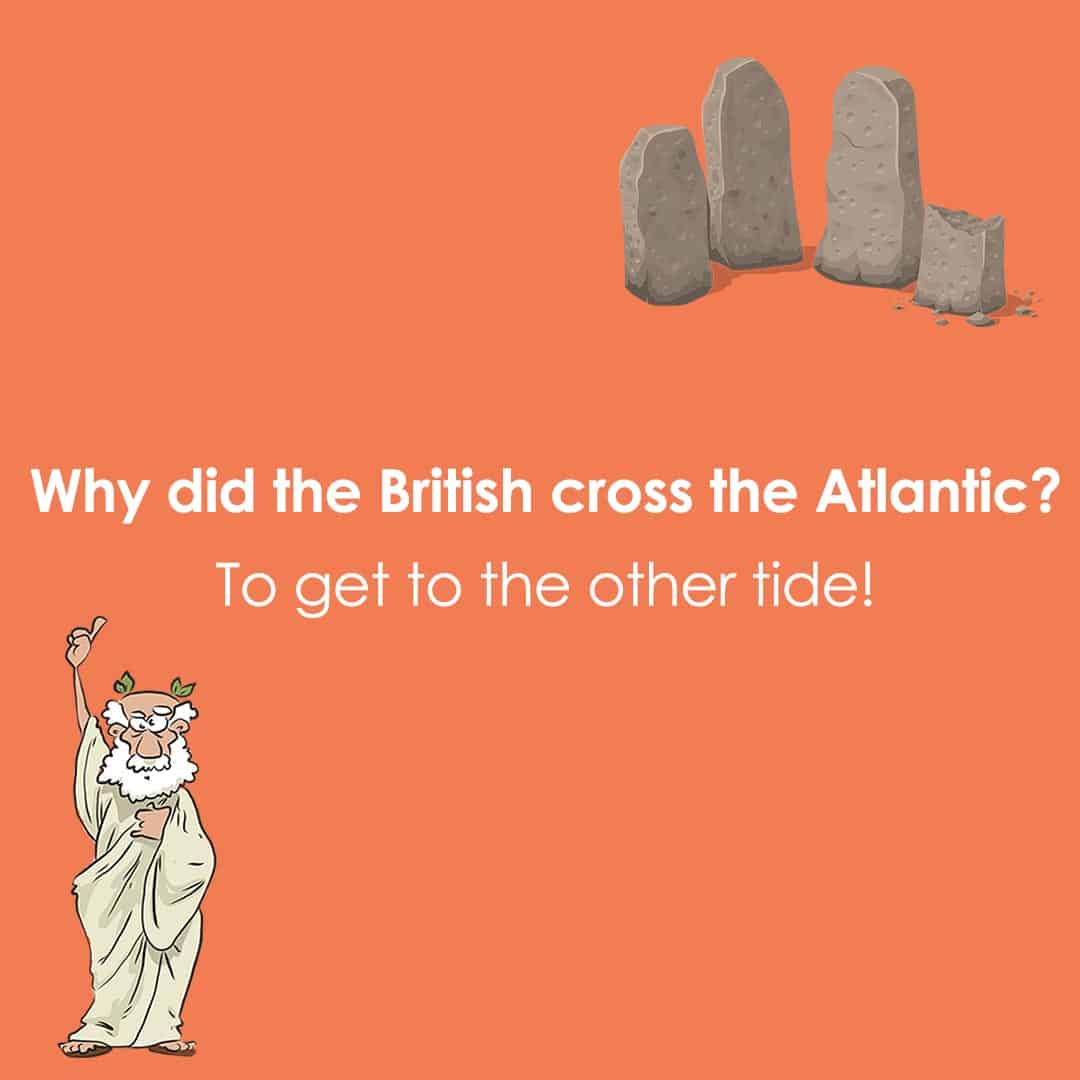 To get to the other tide!

7. What would you get if you crossed a patriot with a small curly-haired dog? 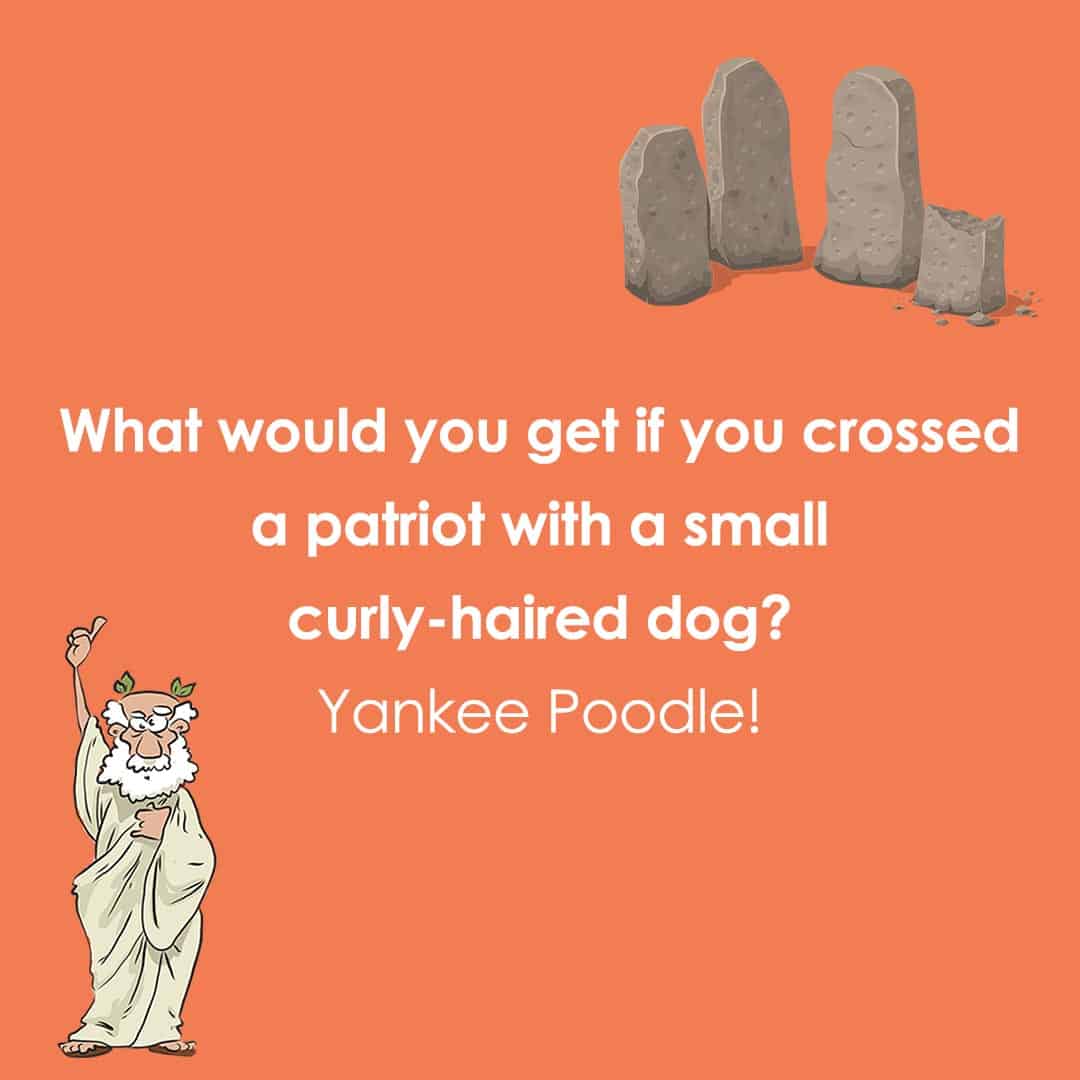 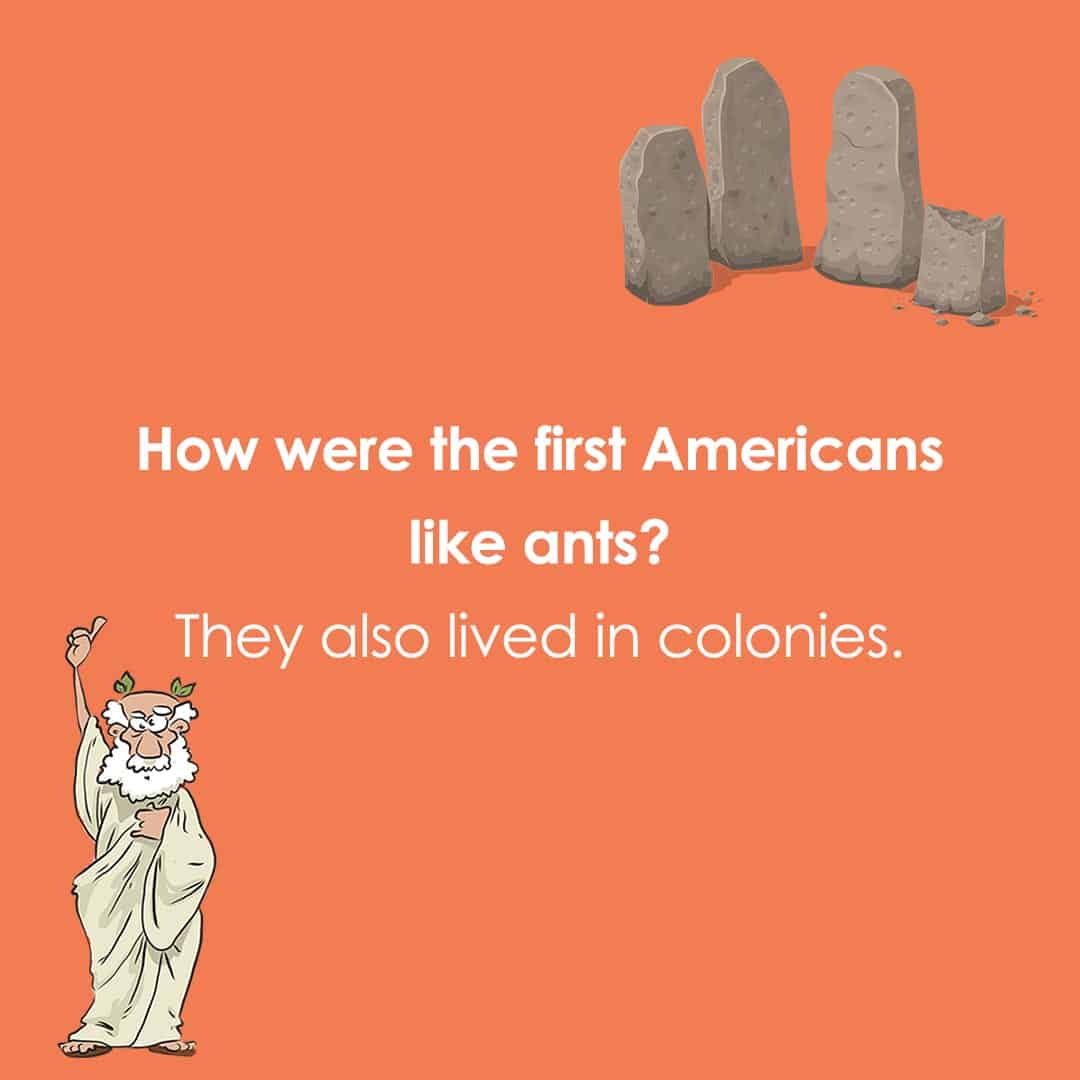 They also lived in colonies.

9. What has four legs, a shiny nose, and fought for England? 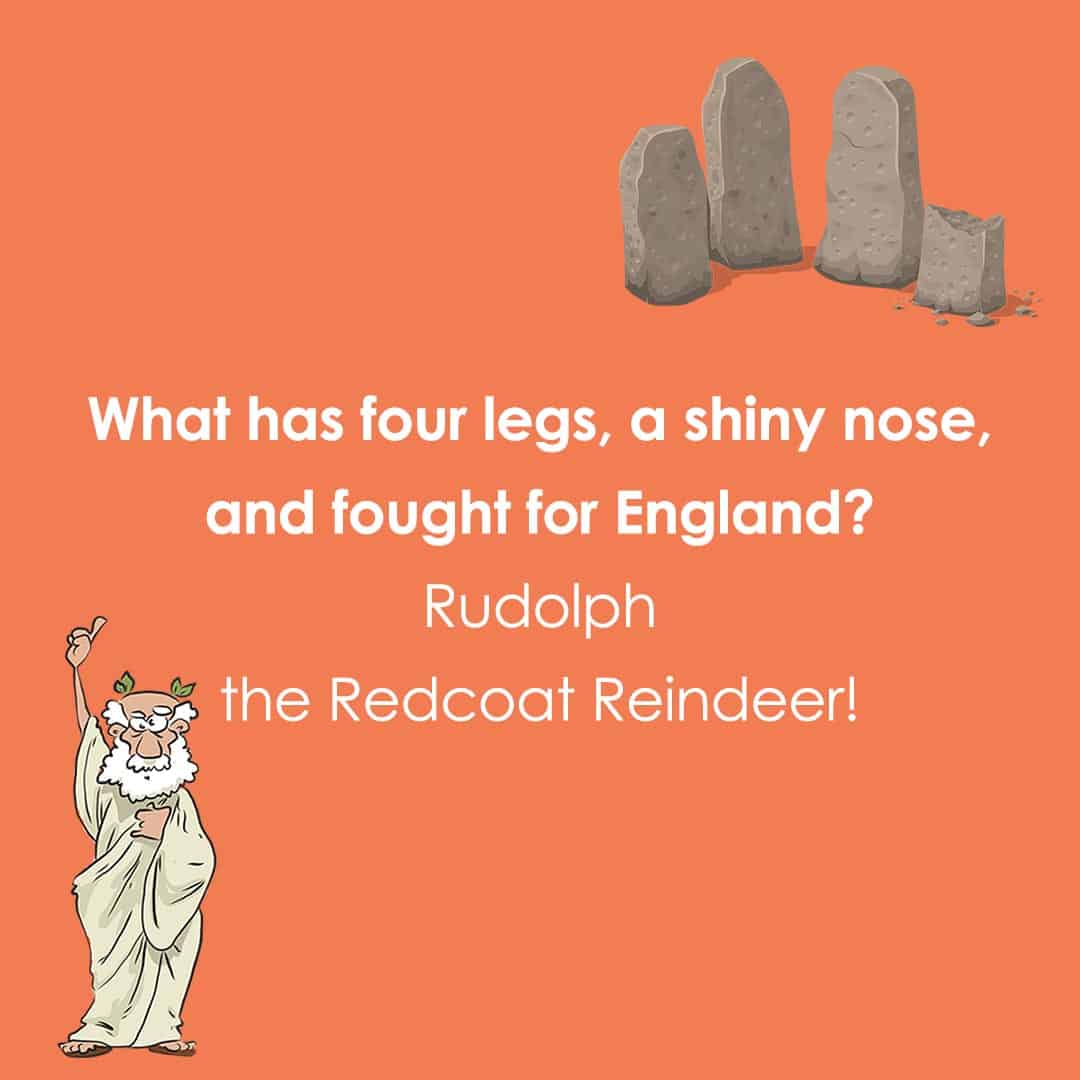 10. Who cleaned up after the animals on the ark?

11. What did the visitor say as he left the Statue of Liberty? 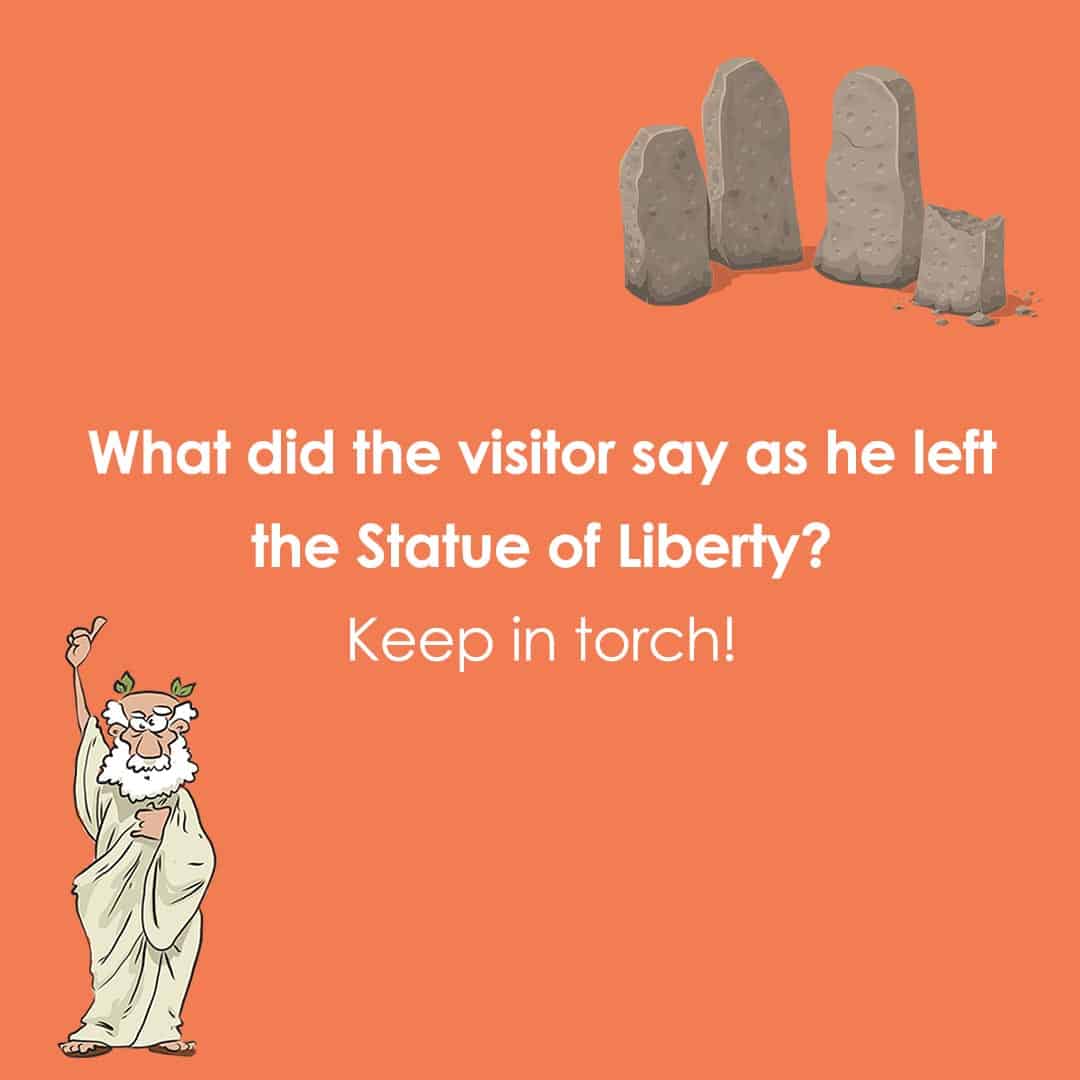 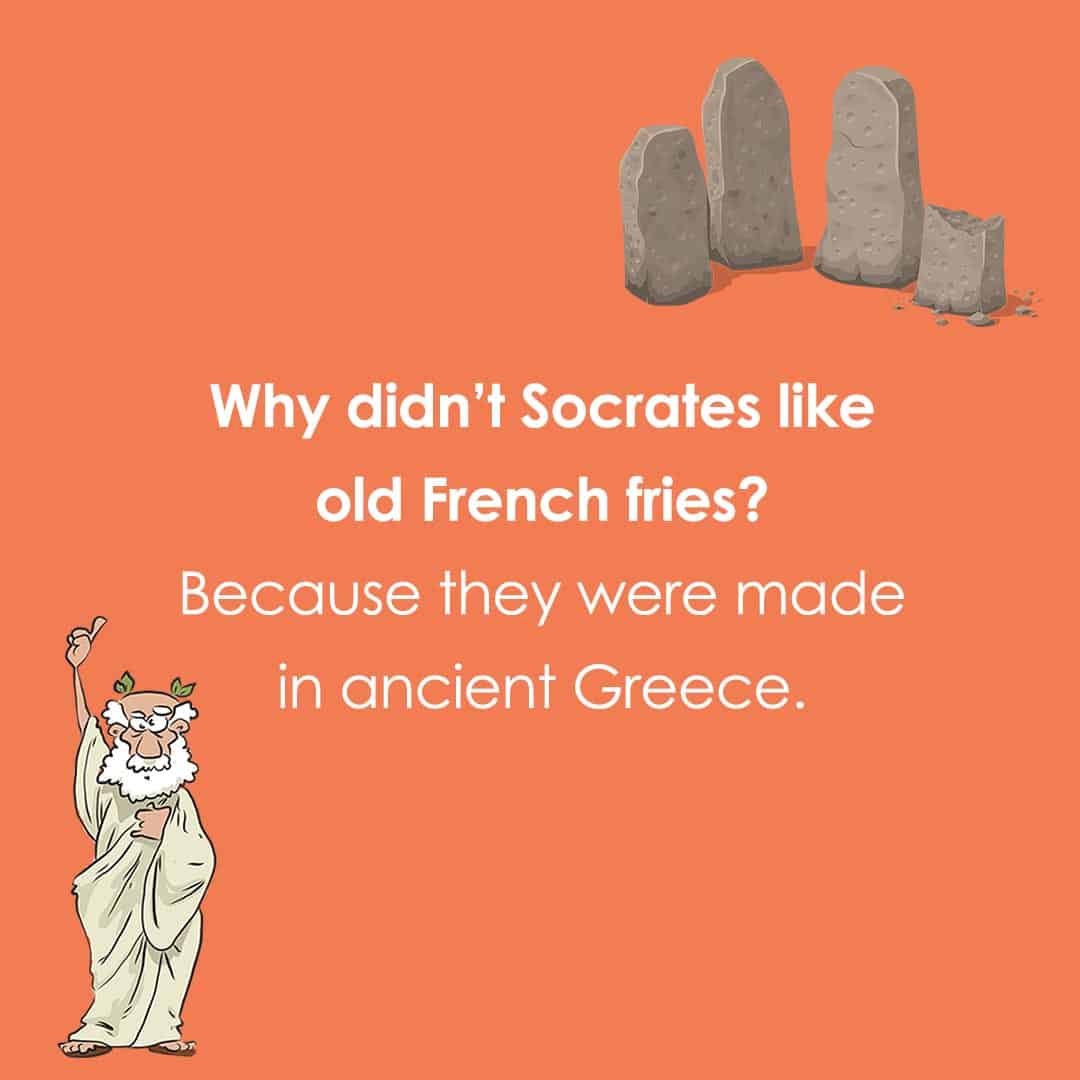 Because they were made in ancient Greece.

13. What did the colonists do because of the Stamp Act? 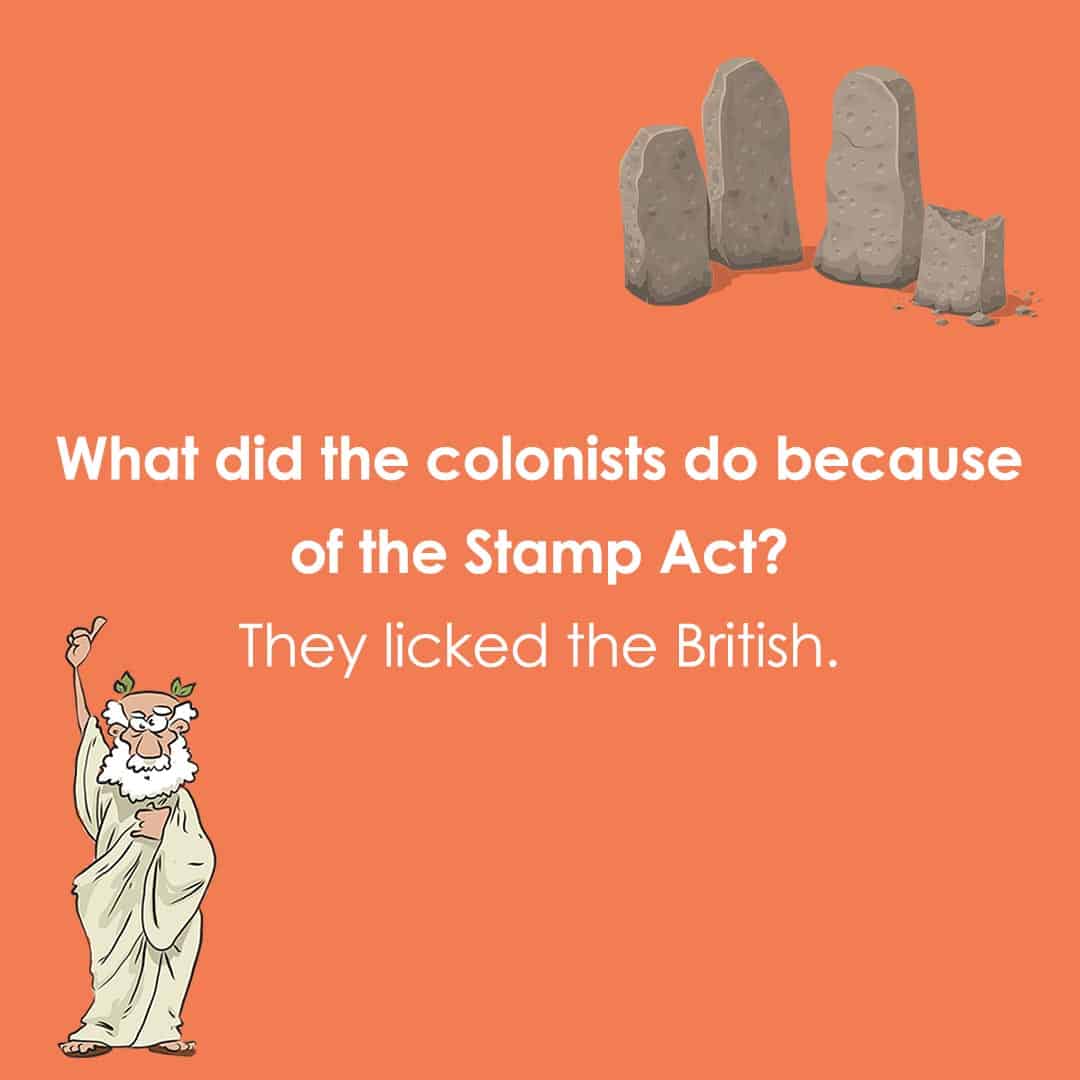 They licked the British.

14. Where did medieval knights park their camels? 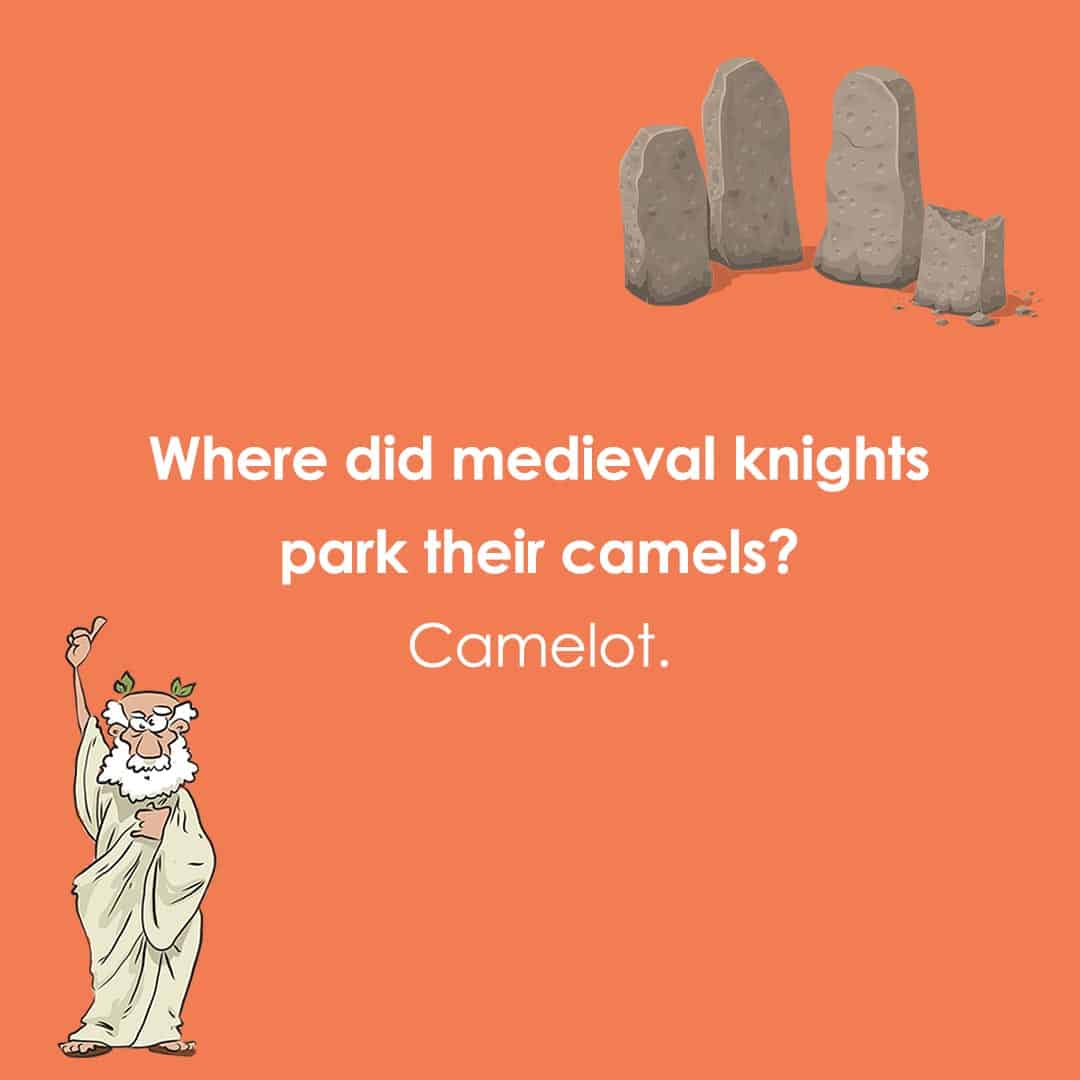 15. When did George Washington die? 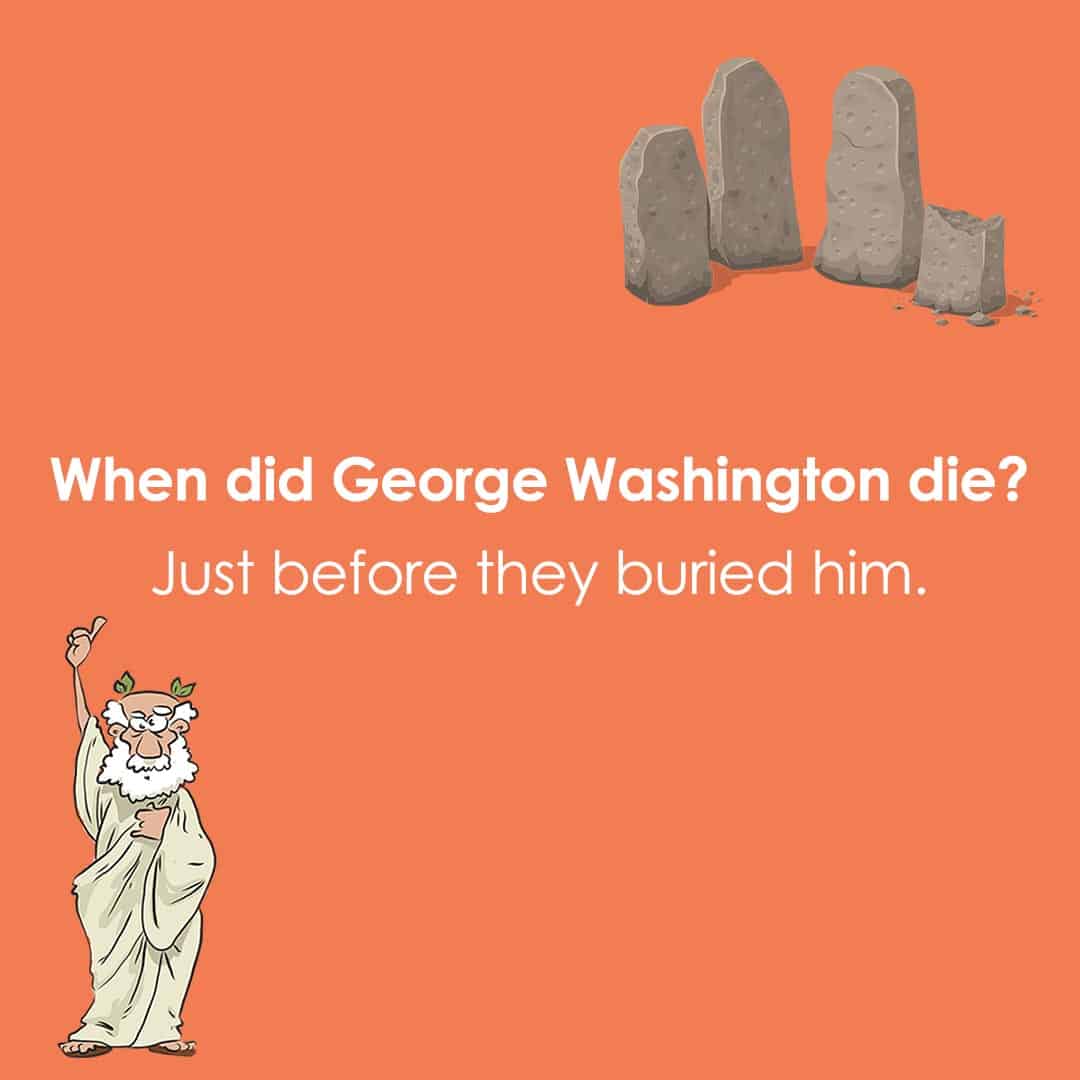 Just before they buried him.

16. How did Benjamin Franklin feel when he discovered electricity? 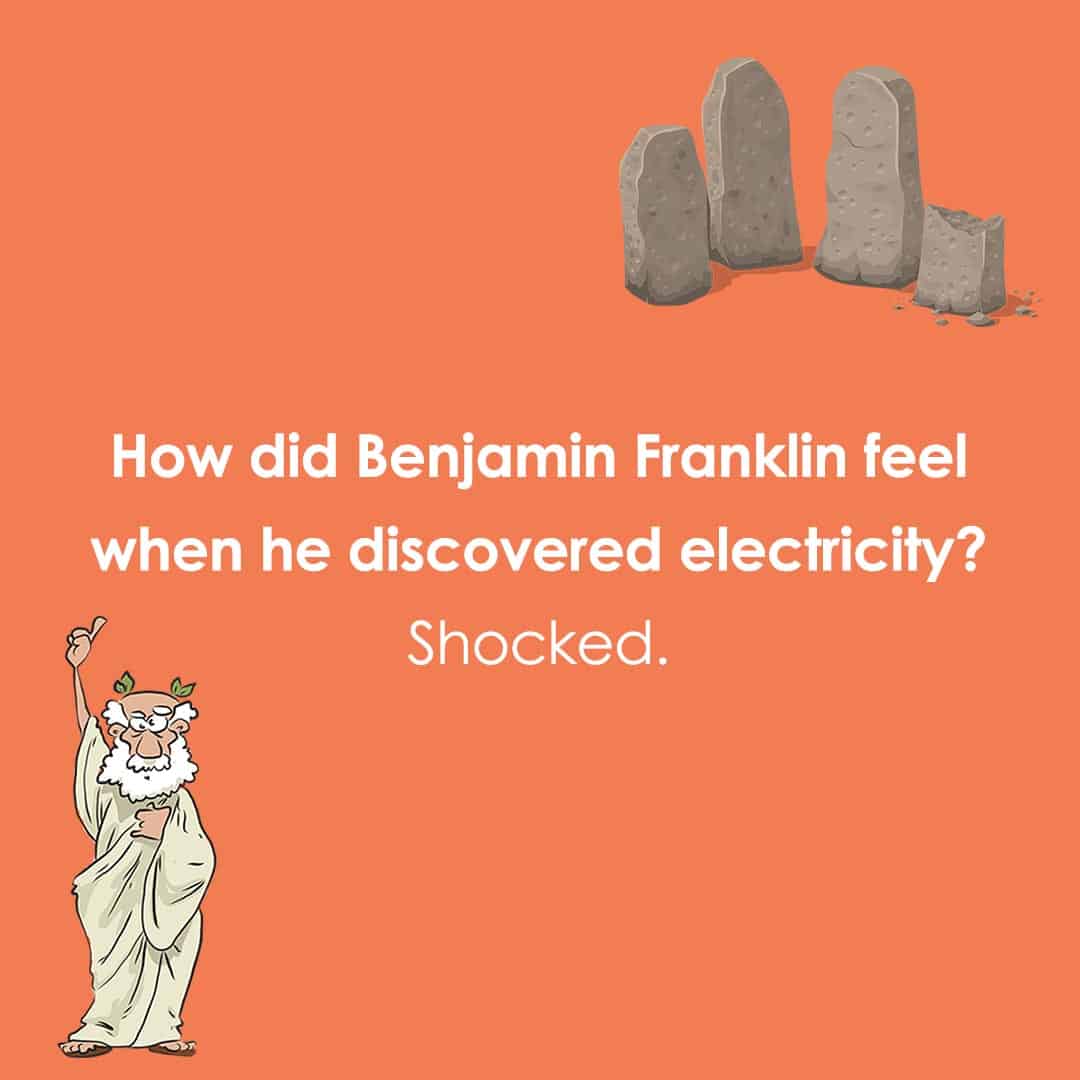 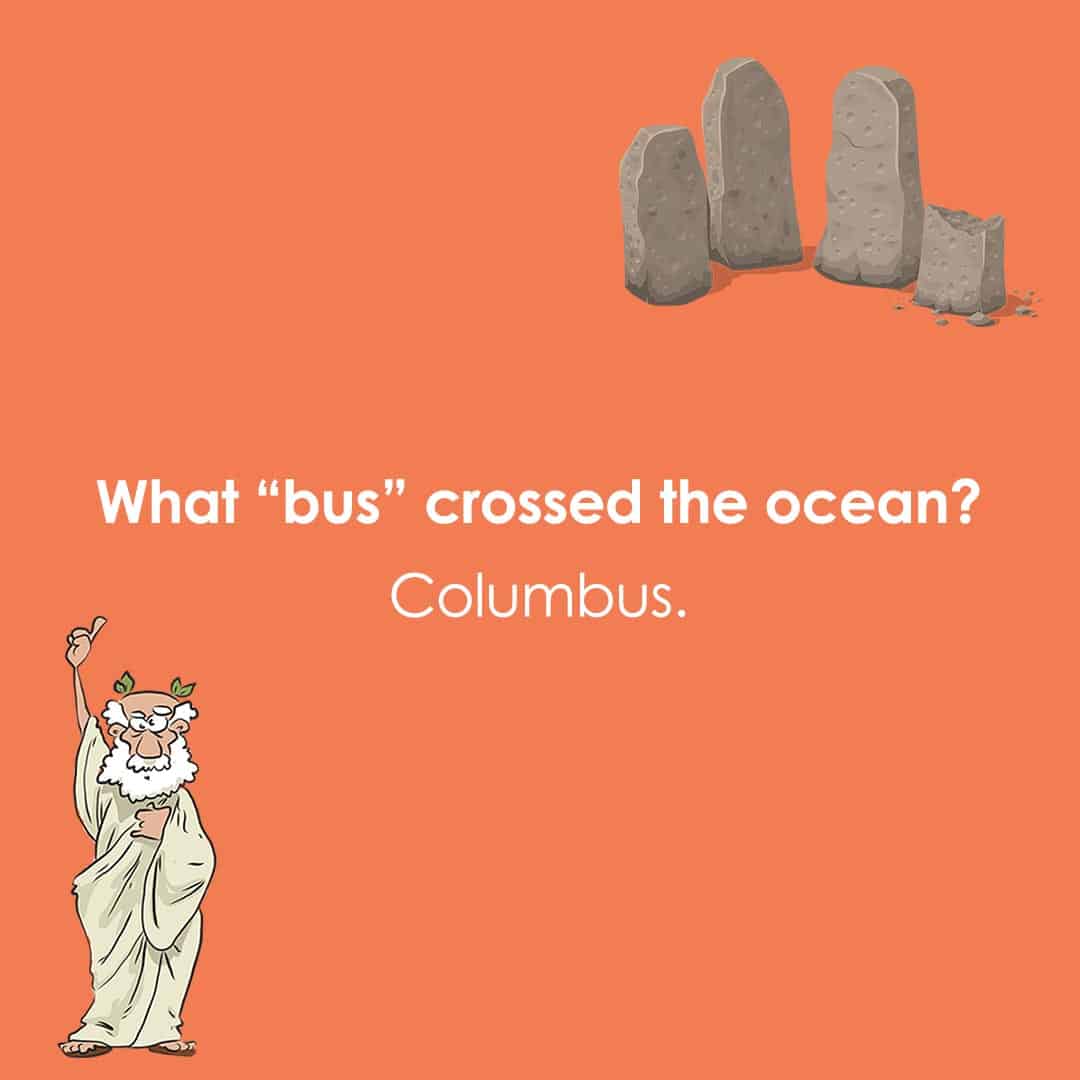 18. Where did the pilgrims land when they came to America? 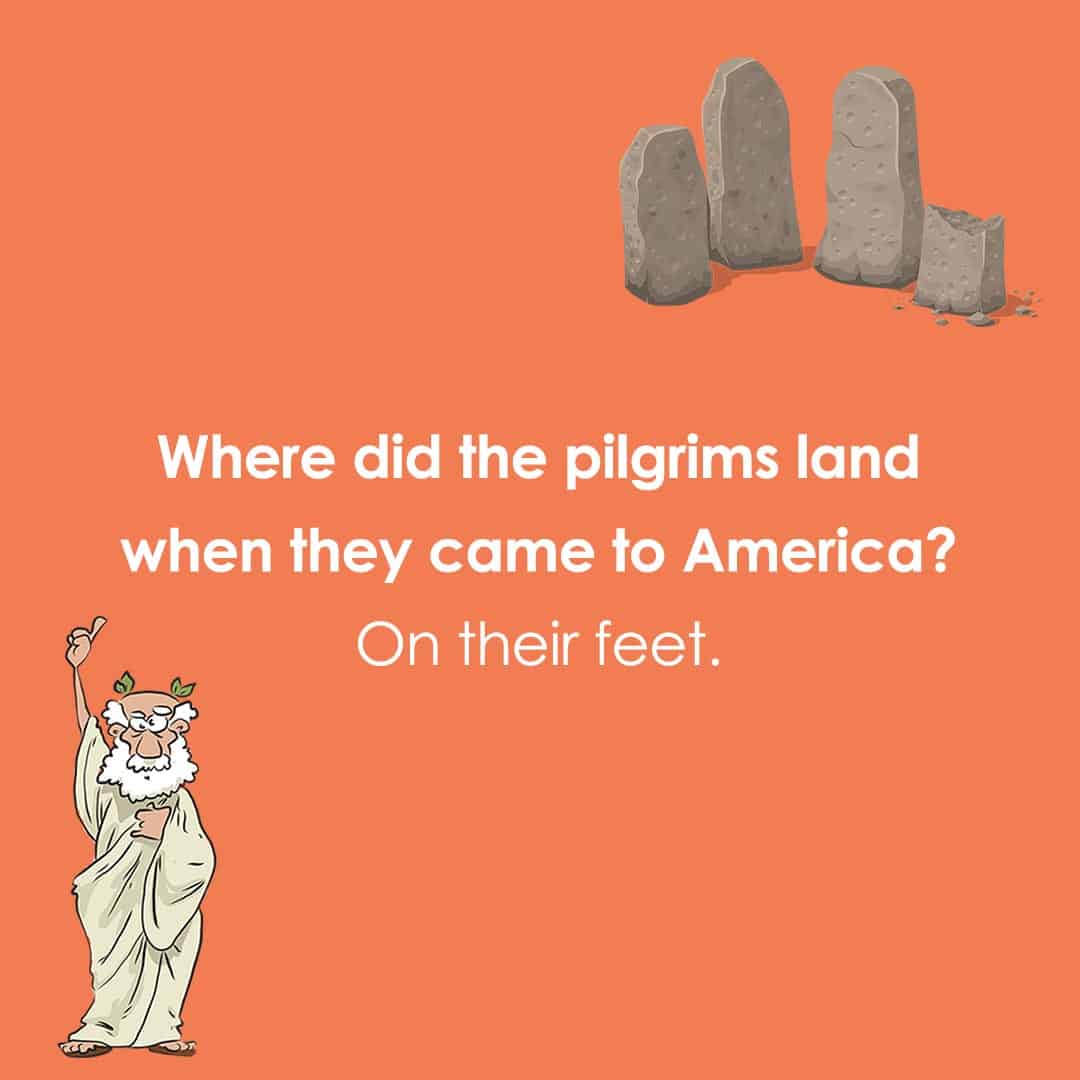 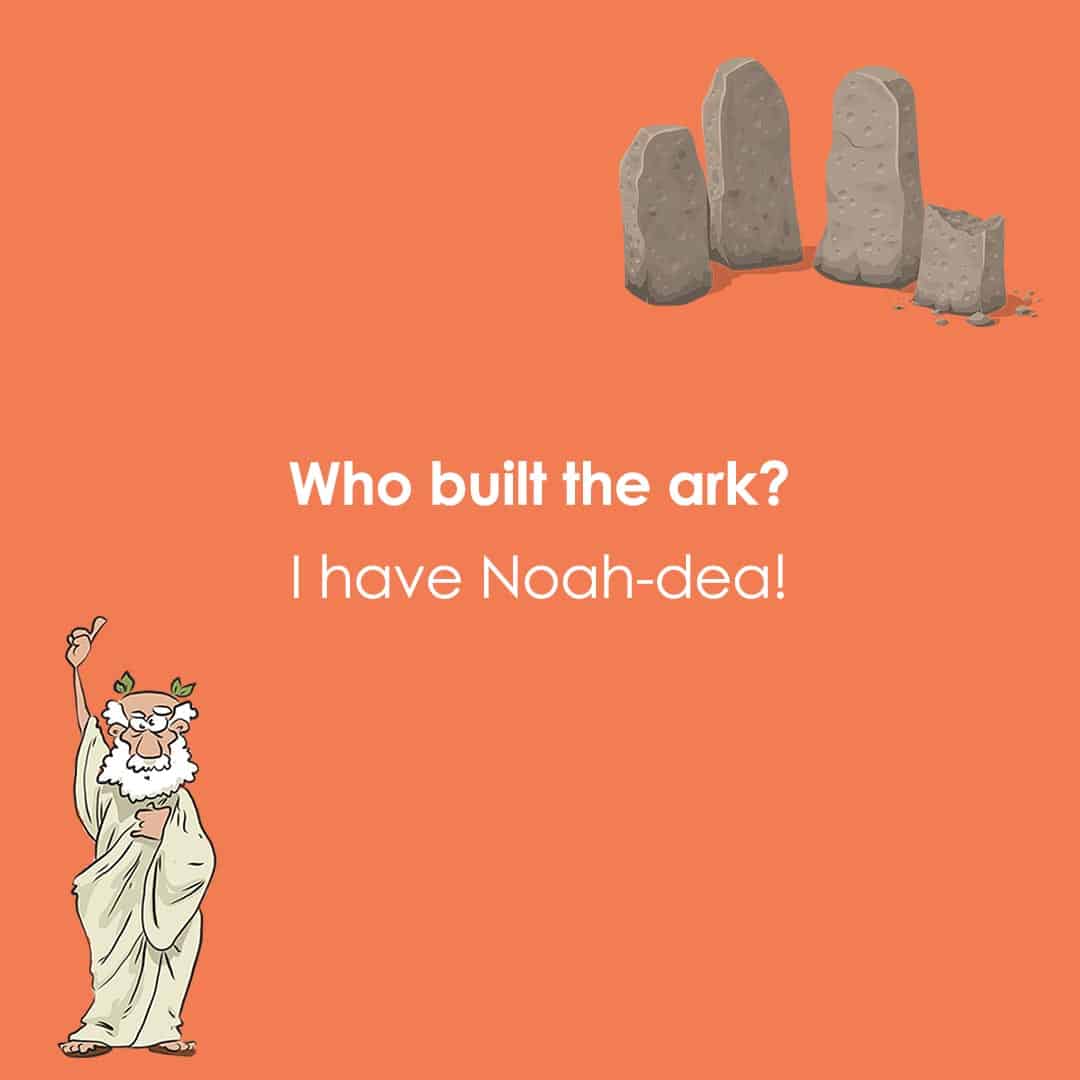 20. Why did the knight run around shouting for a can opener? 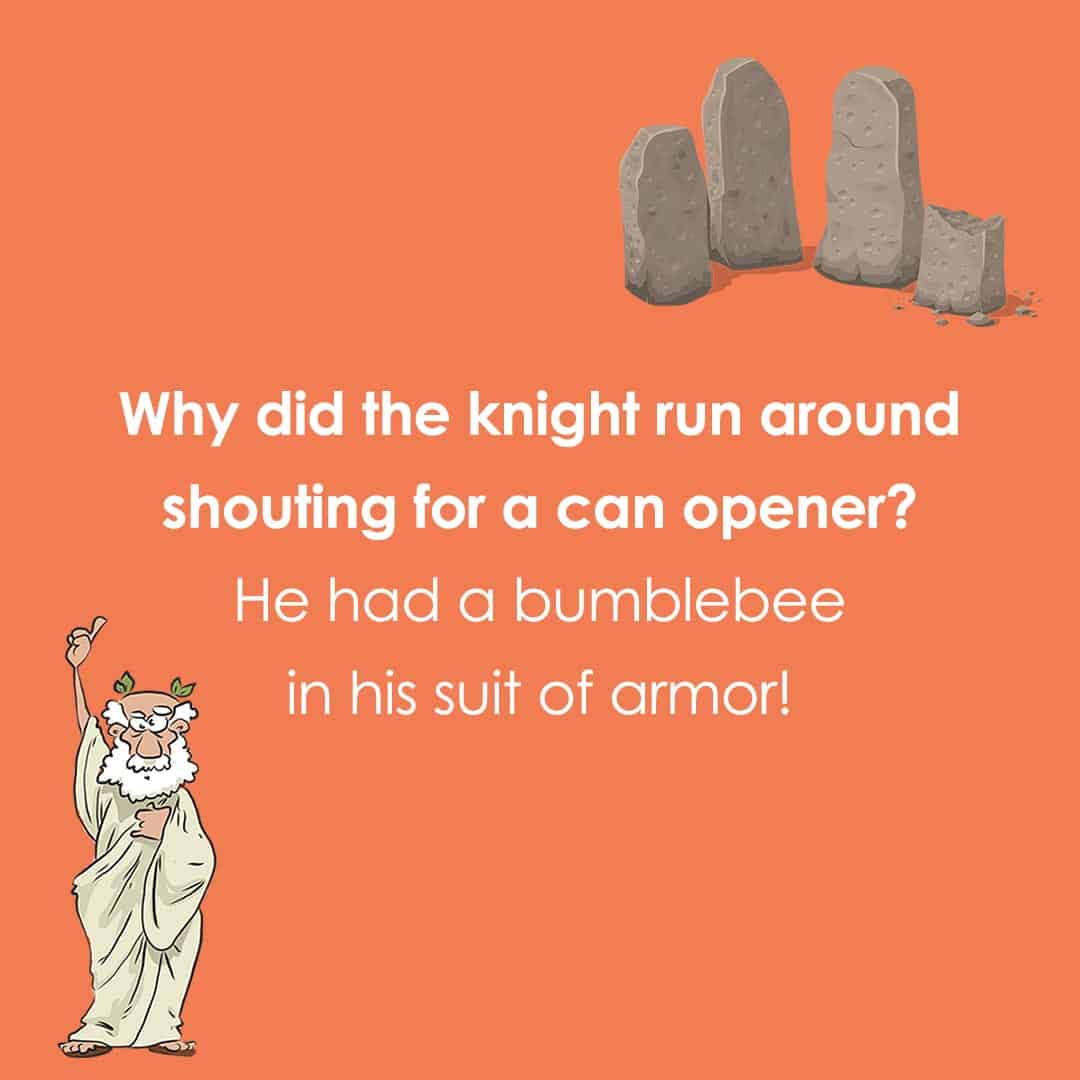 He had a bumblebee in his suit of armor!